It feels like just yesterday I was writing about my FAM in the Canyons, but I find myself in a new region yet again. This time I’ve traveled a little further than a 2 hour plane ride. I’m in Tuscany! But first, a recap of my month in the Canyons.

Let’s just start with how jam-packed it all was. I think I had 2 days off in the 5 weeks I spent there, and that was tiring I’ll admit. I was supposed to have a week off but because of a schedule drop by someone else I was put on as a Support Leader that week. Last year I became a Support Leader after Camp Crew was over, but normally being put on a support is like active recovery. You don’t have to think about logistics, or go to dinners. You get to work and make money without wearing yourself out. Since I had come from California, though, with no breaks, I was running on 5 weeks of work in a row by the time I hit my support, and I still had one more trip in the region. So if you do the math, that was 7 weeks of work before heading to Europe for some more training, and yet another FAM. I’ve been working a lot! 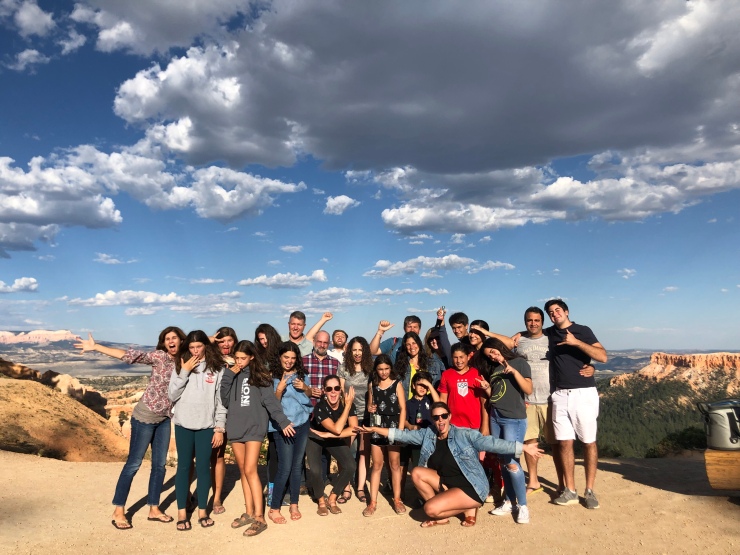 So all this to say that on Day 2 of my FAM in Tuscany, while surrounded by the beautiful views of Talamone, I cried to my mom on the phone. This job, for the most part, is everything I want to do. I love traveling, I love meeting new people and learning new things; I love the challenges it brings me to constantly improve myself and push myself; I love how I’ve learned to let go of a little control in my life. But sometimes it can be really hard. Sometimes it can be exhausting to meet new people all the time and not have those people you rely on around you; sometimes you do just want to coast on knowledge you already have instead of learning new information constantly; and sometimes there’s just a tiny bit of control that you want to exert. Sometimes I miss having a morning routine, and not eating in restaurants every night!

Anyway, pity party over. I’m really excited to go on my first trip in Tuscany – that usually helps me feel more comfortable in a new region. I’m working a trip called Tuscany by the Sea, in which we start in Montalcino and the classic hill towns of Tuscany and end up on the coast. It is absolutely stunning, with the hardest driving I’ve ever encountered (and in stick, no less) and incredible food. Can’t complain too much.

There was an error retrieving images from Instagram. An attempt will be remade in a few minutes.